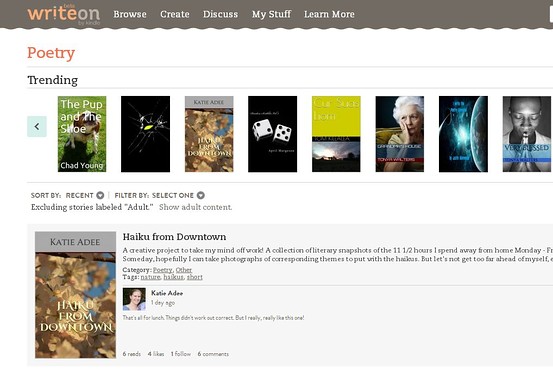 Amazon is turning to its millions of users to help authors transform their manuscripts into salable titles.

Amazon.com launched a service, called Write On, that lets authors open their book drafts to other Amazon users and ask for comments and suggestions. And it is prepping a separate program that lets users vote for finished works worthy of publication through its in-house imprints, starting with e-books.

Amazon will post sample pages of manuscripts to a website where customers can vote on them. Based on the voting and other factors, Amazon may publish e-book and audio versions and split royalties 50% with the author. Authors retain print publication rights, the spokesperson said.

Amazon uses a similar system for the original television series, such as “Alpha House” and “Transparent,” now streaming free to subscribers to Amazon Prime service. In that case, the company posts a pilot episode and factors voting into the decision to produce a full season.

Content marketing has always been an affordable and effective way to build a presence online. It … END_OF_DOCUMENT_TOKEN_TO_BE_REPLACED